  Back to blog
In an interview with SwitchUp, Patrik Maldre talks about his background, his experience at Evolve Security Academy, and why a cyber security career was the right move for him.

For Patrik Maldre, a career in cyber security was the perfect chance to combine his background in International Relations and his passion for tech.

After graduating with a Master’s in International Relations, Patrik got his start as a diplomat with the Estonian Foreign Ministry, his country of origin. He was soon promoted to a position in cyber policy, where he developed an interest in how threat intelligence can support network defenders to keep data safe from cyber criminals and nation-state spies.

To really understand threat intelligence, Patrik knew that he would need to learn the technical aspects of cyber security, and he decided to enroll at Evolve Security Academy.

Patrik is now a Senior Cyber Threat Intelligence Analyst for FireEye, where he works with a team to combat cyber threats for customers around the world.

In an interview with SwitchUp, Patrik talks more about his background, his experience at Evolve Security Academy, and why a cyber security career was the right move for him:

1.) Tell me about your background. What was your education and professional experience before joining Evolve Security Academy?

I am from Estonia, but have lived slightly more than half of my life in the United States. My educational background is in political science (B.A) and international relations (M.A). Before Evolve Security Academy, my work experience included a year in the Estonian military, two years in the Estonian Ministry of Foreign Affairs (our equivalent of the U.S. State Department), and one year as a political analyst for think-tanks in Estonia and the United States.

2.) How did you become interested in pursuing a cyber security career?

I first became interested in cyber security in my M.A. program, and ended up writing my thesis on the topic. My first job at the Estonian Foreign Ministry was in the Public Diplomacy Department, but within four months I was lucky enough to be promoted to a diplomatic position dealing with cyber policy. I was in that position for a year and a half, representing Estonia in international cyber policy forums, drafting speeches and talking points on cyber policy for Estonian political leaders, and coordinating international projects to strengthen Estonian cyber security.

3.) What made you decide to enroll at Evolve Security Academy? Why was this program the right choice for you?

After leaving the Estonian Foreign Ministry and working in think-tanks for a year, I decided I wanted to attain a deeper understanding of the technical aspects of cyber security and work in a role that required more technical expertise. Specifically, I was very interested in the subfield of cyber security called cyber intelligence or threat intelligence. I wanted to know what was really going in the cyber domain; which actors were conducting operations against which targets? How were they doing it, and why?

To accomplish that, I knew needed a technical baseline of networking and security. I happened to move to Chicago right when Evolve Security Academy was getting started. I met the founders and instructors at a cyber security meetup and I haven’t looked back since!

4.) You received a graduate certificate from the University of South Florida in Cyber Intelligence. Since you already had some cybersecurity experience, what were your goals for the bootcamp?

Actually, I am still working on the USF certificate. I have completed four out of the six courses for the certificate. I was considering doing the full M.S. in cyber security at USF (ten courses), but I decided instead to do the Evolve bootcamp rather than the four preliminary M.S. courses. I wanted to get the fastest, most intense, technical, and hands-on experience in the shortest time to develop the core skills that I could apply in the field, and I thought Evolve Security Academy would be the most effective way to do so. And, as it turns out, I believe I was right!

5.) That’s great to hear! So in your opinion, what were the pros and cons of attending a bootcamp?

In my opinion, there were many pros and very few cons of attending a bootcamp like Evolve. The most important pro for me, of course, was that the technical baseline I attained at Evolve. It was instrumental in my entry into the field of cyber intelligence, and helped me get my dream job for this moment in my career. The education I received was phenomenal, my classmates were interesting and motivated, and there was never a boring day at Evolve.

However, the bootcamp was challenging. It meant less time spent with my friends and family for a three-month period. It also involved substantial intellectual effort to constantly learn technical aspects of topics in cyber security at a fast pace.

However, I believe the temporary sacrifices are worth the long-term gains that a bootcamp like Evolve Security Academy can provide.

6.) Where are you working now? What is your day-to-day role like?

I currently work as a Senior Cyber Threat Intelligence Analyst at FireEye, a top global cyber security company. I work at the intersection of cyber security and international relations to help our customers prepare and protect themselves against hacktivists, cyber criminals, and nation-state cyber threat actors. My day-to-day role mostly involves producing cyber intelligence reports, and occasionally conducting briefings, for our customers around the world.

I also work on a team that conducts strategic analysis. I cooperate with more specialized teams to produce intelligence at the level of countries, industries, and large-scale trends. We also produce warning intelligence and predictive products. I analyze technical reports, relate them to real-world events, and present that information in a way that can be useful to strategic leaders such as policymakers and executives as well as technical network defenders.

7.) How did Evolve prepare you for life as a Cyber Threat Intelligence Analyst?

Evolve prepared me for the technical aspects of being a cyber intelligence analyst. I needed to understand overall network defense, including security technology, the different types of attacks, the fundamentals of cryptography, the basics of computer systems, and various other foundational aspects of the field. Evolve’s technical, hands-on labs were particularly crucial for my development as a cyber security professional. Evolve not only helped me get my dream job at FireEye, but it helped me earn respect from my peers in the field. It also ignited a passion for the technical side of cyber security that I didn’t have before completing the bootcamp, and I am particularly grateful that it provided me with an understanding of how much more I still have to, and want to, learn about this fascinating and fast-moving field.

8.) What challenges did you overcome to get where you are?

I was in a tough position before Evolve Security Academy. I was an immigrant in the United States, and I hadn’t been able to earn money in the U.S. during the previous year because I was going through the process of getting a Permanent Resident Card (green card).

My cyber policy background on its own wasn’t enough to get me a good job in the cyber security field in the U.S. I needed a technical baseline, and Evolve was instrumental in helping me attain the skills I needed to be successful in the private sector in Chicago.

9.) Cyber Security is a rapidly growing field. How do you plan to build your career over the next few years?

I am currently very happy with my role at FireEye. I work with a very motivated and intelligent set of colleagues that shares my dedication to combating cyber threats. I still have a lot to learn about cyber security in general, and cyber intelligence in particular. On the technical side, I am interested in advancing my knowledge of networking, penetration testing, malware analysis, and programming. On the strategic side, I want to expand from producing cyber intelligence about Europe, Russia, and North America to working on topics related to the Asia-Pacific and Middle East geographical regions. FireEye allows me to accomplish all of those goals. But regular Evolve meetups also help me develop my knowledge of cyber security and learn from other security professionals as well!

10.) What advice do you have for students who want to attend a cyber security bootcamp?

Do it! Cyber security is an exciting and growing field with good job prospects and highly interesting specializations. After Evolve Security Academy, I am convinced that bootcamps are an excellent way to gain the skills to get a good job in the field. In the academy, it’s important to stay positive and motivated. Be curious, don’t be afraid to ask questions, develop good relationships with other members of your cohort, and work extremely hard. If you do that, you can and will succeed!

To learn more about the backgrounds and experiences of Evolve Security Academy students, check out our reviews on SwitchUp.org. And watch Patrik's presentation on Threat Intelligence. 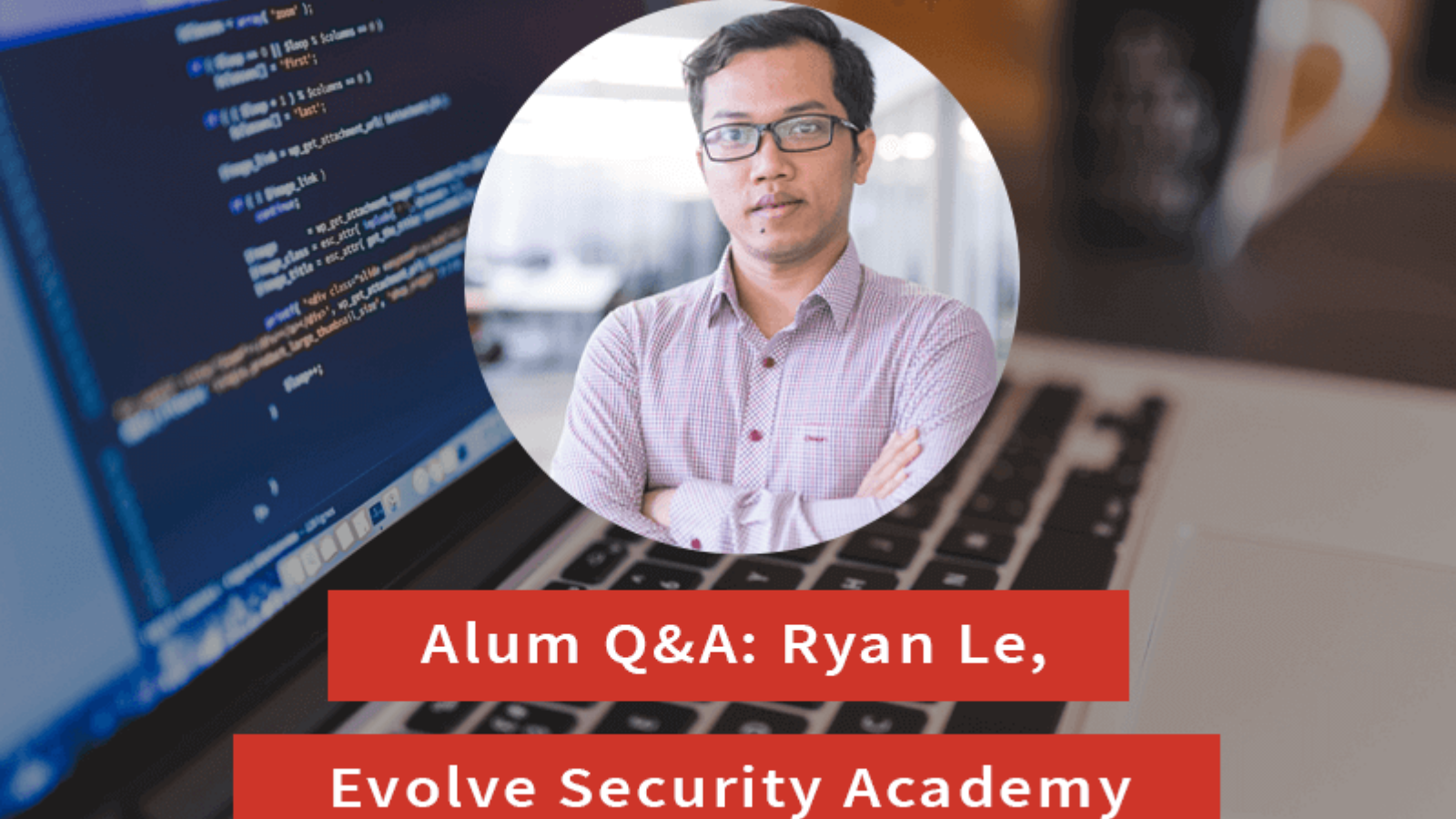 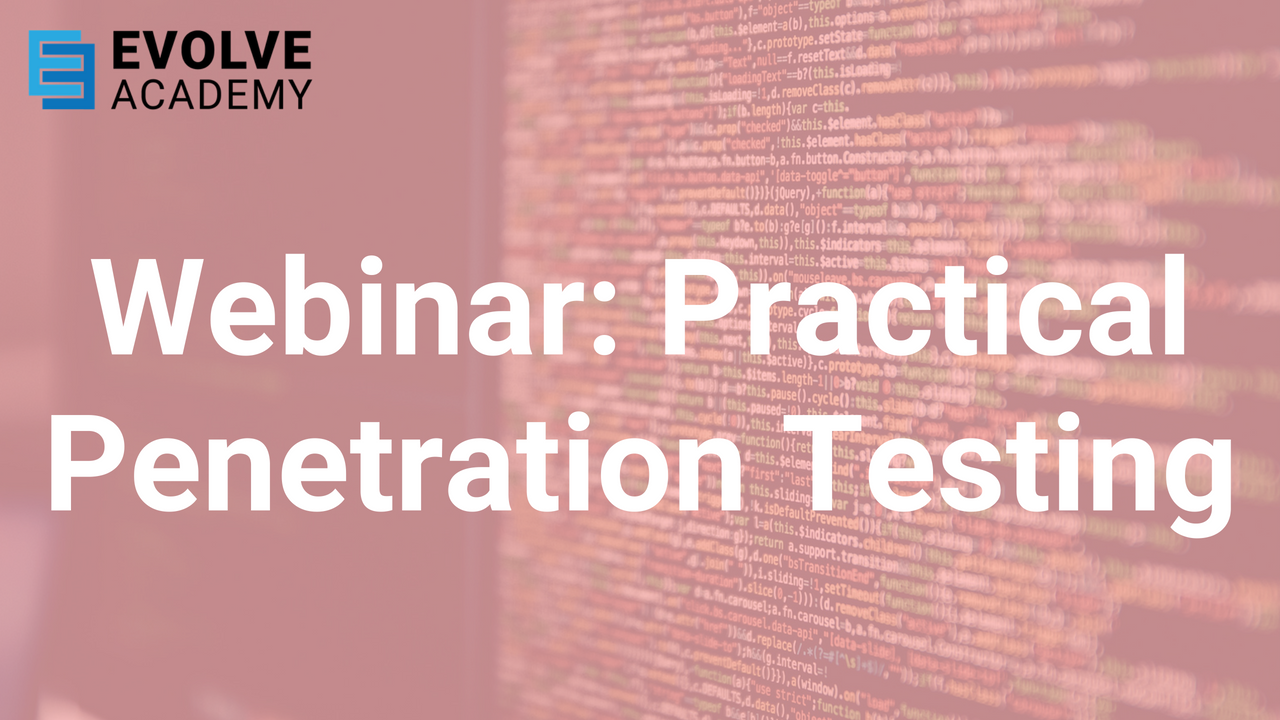 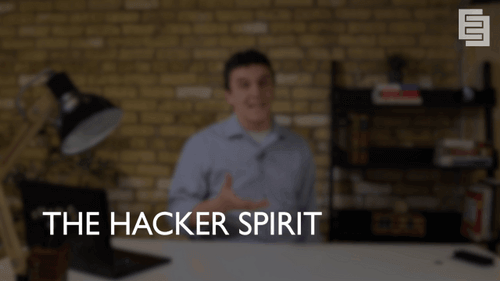